Cybermantra The Blog for Cybermaniacs +++ Together We Can Upgrade The Universe +++

Junkyard Demon is a comic strip perhaps most notable for its introduction of a Cyberman that appears in a transitory form between the Mk 1 version found in The Tenth Planet and the Mk 2 version seen in The Moonbase & Tomb of the Cybermen. In my own categorisation system, the Junkyard Demon Cyberman is a Mk 1.1

While the Doctor meditates, the free-floating TARDIS is scooped up by a junk-collecting spaceship Drifter, piloted by scrap merchants Flotsam and Jetsam and their windmill-powered robot Dutch, who tries unsuccessfully to break down the TARDIS for scrap. The Doctor is awakened by the noise of Dutch’s drill and emerges somewhat peeved at the disturbance, but is even more annoyed to find a dormant Cyberman amongst their collection of galactic scrap. Flotsam and Jetsam have a lucrative side business collecting inert Cybermen, reprogramming them and selling them as butlers. The Doctor accidentally re-activates the Cyberman, who then steals the TARDIS with Jetsam inside. As the Doctor, Flotsam and Dutch track the TARDIS in the Drifter, the Cyberman pilots the TARDIS to remote planet AS4, at the site of the wrecked command ship of a long-lost Cyberfleet. The Cyberman orders Jetsam to restore his long-inactive leader Zogron to function, with the ambition of rebuilding a Cyber-army that would rule Time and Space via the TARDIS. Jetsam does what he does best, reactivating Zogron who then infuriates the Cyberman by offering him a before-dinner sherry. The Drifter lands nearby, and Dutch destroys the Cyberman by coating it in quick-setting polymer paint. As Flotsam and Jetsam eagerly ponder the plunder available in the wrecked Cyberships, the Doctor leaves in the TARDIS, hoping they never find any Daleks… Click to read :

This entry was posted on July 1, 2010 by Mr Pepperpot. It was filed under Cybermen and was tagged with 4th Doctor, Cyber Comic Strips, Cybermen, Doctor Who (US Marvel) comic, Doctor Who Monthly, Doctor Who Summer Special, Junkyard Demon, Mk 1.1 Cyberman. 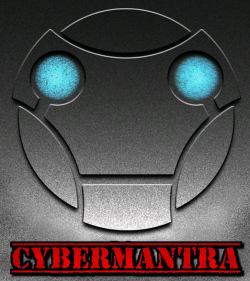 The blog for all things Sontaran

An Evil Giraffe – Dr Who & other miniatures blog (great paintwork!)